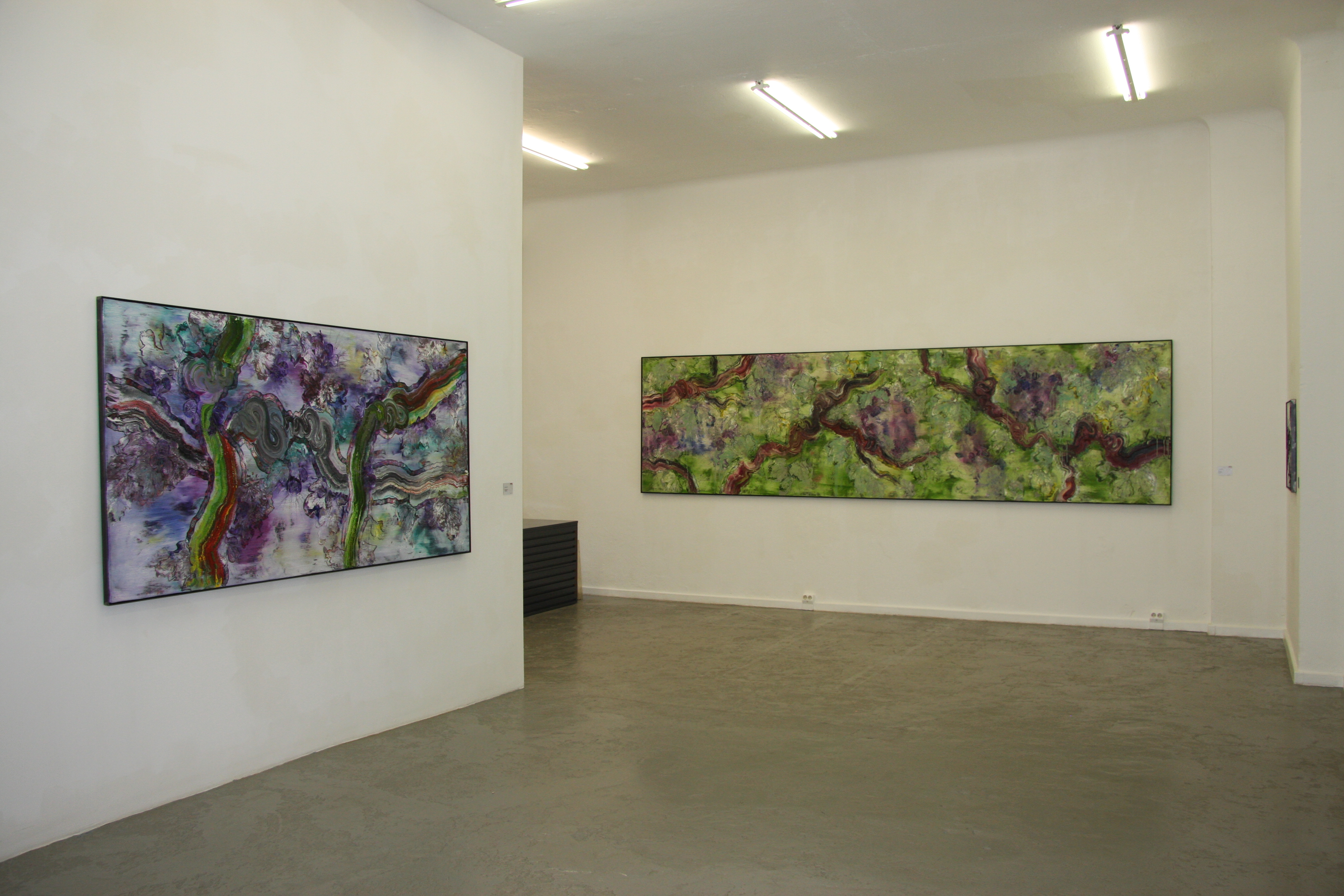 (...) Rather, here is a vision of nature that approaches us in the form of a monstrous, primordial soup.  A formidable, elemental force that has yet to assume any actual shape or organisation, depicted before nature has taken on form. It is as though we are witnessing Creation in its very early phases, in which biomass is still present as pure energy, seared by flashes of lightning. Whether these organic forms are rivers, branches, serpents, or powerful lightning bolts remains an open question, and indeed, they could be several of these at once, as if the energy hasn’t settled on its form. What we see in these works is simply organic energy in visual form. I hope however that the artist can forgive me for saying that these paintings were naturally not created by the hand of God, but by just one painter. And by saying ‘just one’, I don’t mean that in a diminutive sense, but rather as a compliment.

So what exactly are we looking at here? This isn’t God’s work, but rather an artist’s. We see an artist in the act of creation. And the pictures, of course, are of a painter’s paradise. What we see here is a process of formation – the process of shaping the painting itself. The actual motif Brixy has selected for his images is the revelation of this generative process. His work demonstrates varied techniques, and reveals the creation of these images in different phases. We can imagine Brixy applying paint with the brush, smearing it, building it up with the palette knife, spreading it with his hands in different stages of relief. Thus, it is not the finished image that is presented here, but rather the process of formation – the process of becoming.

Generally speaking, Brixy presents us with an overwhelming celebration of nature. One might think of Claude Monet’s final paintings in this regard. We are all familiar with Monet’s celebrated ‘Water Lilies’. The last images Monet painted are a grandiose celebration of nature that becomes perfectly abstract. Just like Monet, Brixy paints pure biomass and organic energy. (...)