MESSAGE IN A BOX

Brixys play with the colour blue

The new series by Dietmar Brixy, shown here as an impressive wall installation, bears a mysterious title. What message might be hidden in these boxes? Many of these new pictures are built as wooden boxes and present themselves as three-dimensional painted wall objects. Other pictures in this series are mounted on the back of smaller boxes and protrude from the wall, so that the actual picture carrier, the wooden board, seems to float. Their backs are additionally coloured with neon colours in orange, yellow or pink, which reflect on the white wall without any artificial lighting. This creates a kind of aura, a magical glow that mysteriously surrounds every picture and almost transforms the floating state into a flying state.

Even more magical, even mythical, are the pictures themselves.

They are dominated by the probably most mysterious of all colours, the colour blue. The hard wood used as the base for the pictures allows a continuous progression of the most diverse shades of blue between light cyan and dark ultramarine, between a daylight sky blue and an evening moonlight blue. This dark blue approaches the nocturnal black and is reminiscent of Johann Wolfgang von Goethe, who generally understood the blue of the sky as a brightened black of space. The light blue, on the other hand, approaches more closely the colour theory of Isaac Newton, who understood blue as a prismatic refraction of sunlight, as part of the colour spectrum that Brixy stages in his pictures as a paraphrase of a sunset or in the form of a meandering rainbow. 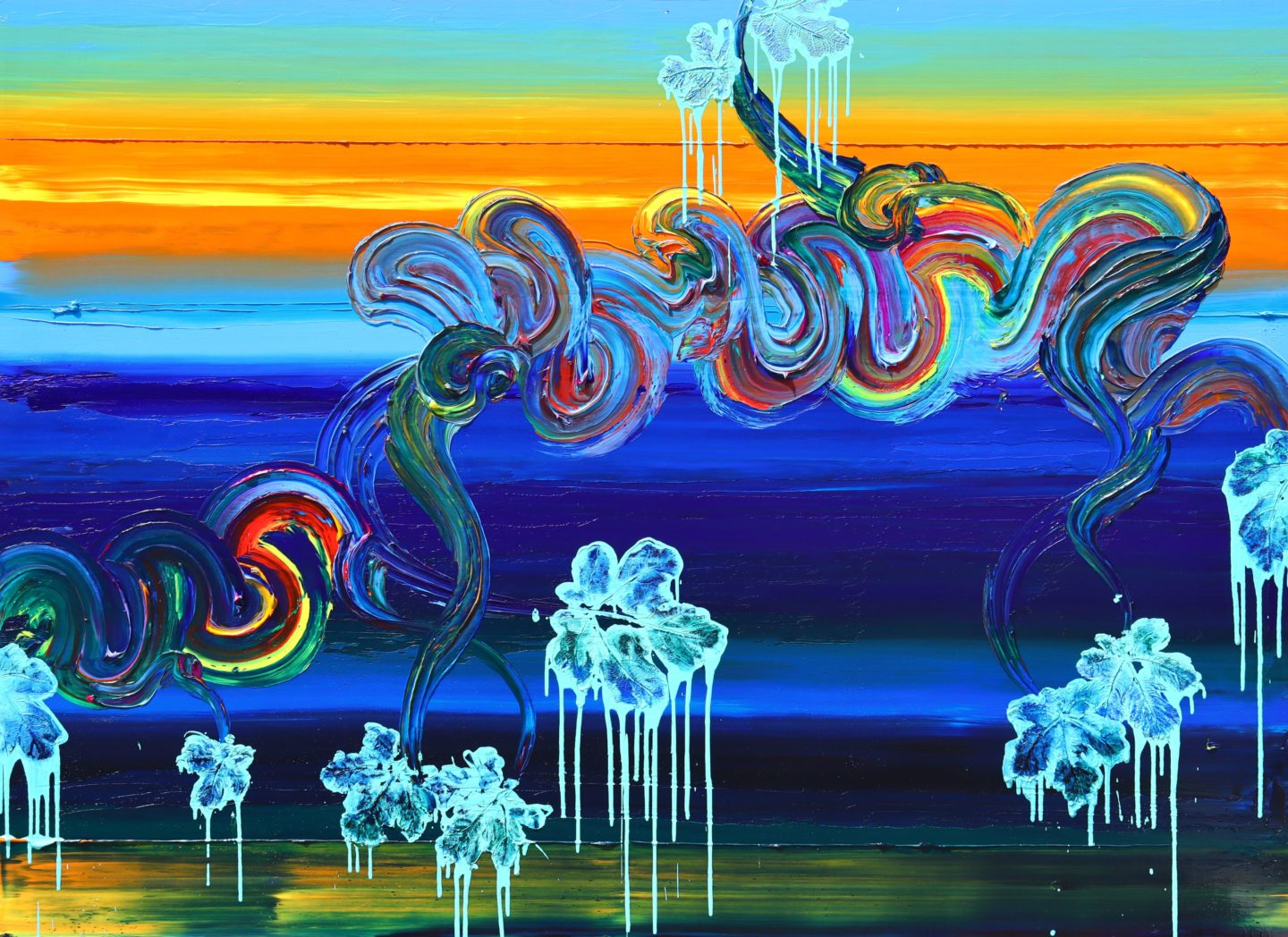 Goethe and Newton did not like each other, they even fought each other.

While Newton today is considered the father of modern colour theory, which is a physical science, Goethe's theory of colours is scientifically outdated. He understood colours rather as a psychological phenomenon and is therefore still popular today, especially with artists who have an emotional access to colours, do not want to know anything about the refractive index of light and do not measure their colour values as wavelengths in the nanometre range.

Dietmar Brixy is therefore close to good old Goethe in that his paintings evoke moods that cannot be measured. They connect emotionally with elementary experiences of nature, such as the Blue Hour, which comes to life very atmospherically in the new series "Message in a Box". What is meant is the short time between day and twilight, when the blue in the sky intensifies. Physicists explain this particularly beautiful blue by additional refractions of the setting sunlight at the ozone layer, but this has only recently become known and is not generally known. More important is a physiological aspect: The light colours red and yellow quickly lose their power at dusk because they demand a lot of energy from our eyes, but blue is a neurologically rather weak stimulus for the eye and therefore at dusk it is the last colour that our sense of colour can still recognise. 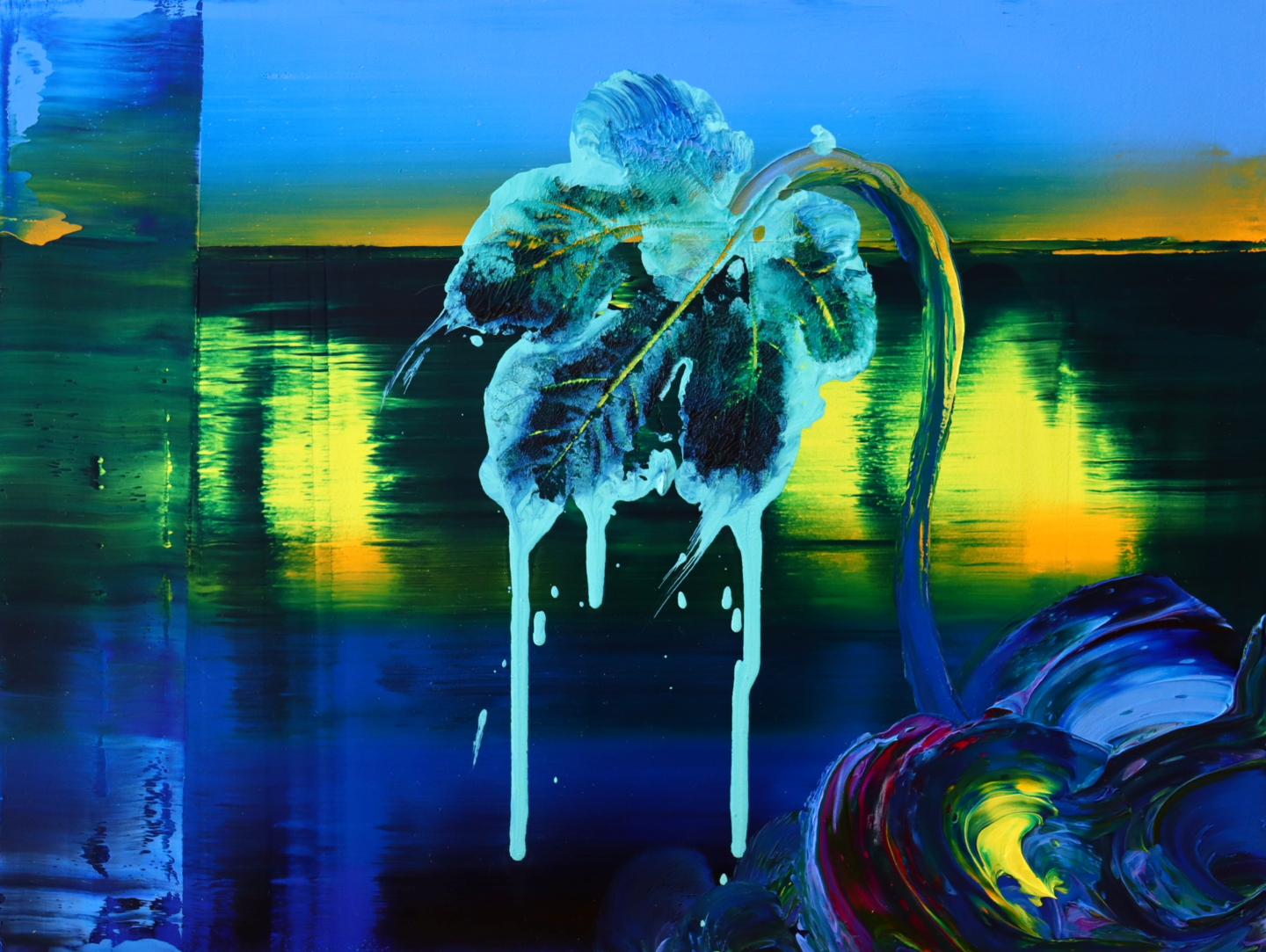 It was above all the 19th century Romantics who felt particularly at home in the blue hour.

The daytime human being loses its rationally controlled sovereignty as the light diminishes and opens up to irrational aspects, fears and, in the past, superstition. Even the Brothers Grimm described blue as the colour of spirits and demons. Today all this may be forgotten and only be alive in children's books. Also our evening sky and the night are no longer naturally illuminated. Electric light has long since chased away all witches and ghosts. But in the blue pictures of Dietmar Brixy, a remnant of the old magic can still be felt.

Perhaps this aspect is also one of the hidden messages of this so atmospheric wall installation, the light pollution. Thus the many fig leaves in Dietmar Brixy's pictures appear in a strange blue, not green as if illuminated by the sun, but in a transparent, artificial blue of cold neon lamps. The fig leaf has been a major motif in Dietmar Brixy's pictorial world for decades, but never before has this old symbol of paradise been seen in such a strange way. It almost melts into tears and may bring a melancholic aspect to Dietmar Brixy's Blue Hours, which makes him a little thoughtful.

Essay about "MESSAGE IN A BOX" by Dr. Christel Heybrock

See more works from "MESSAGE IN A BOX" here 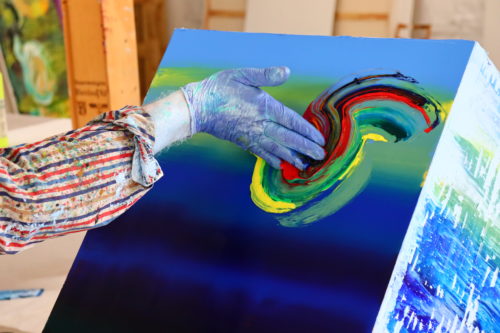 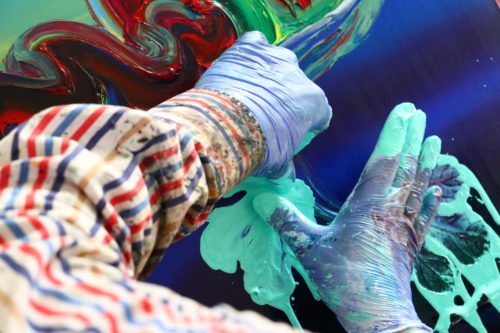 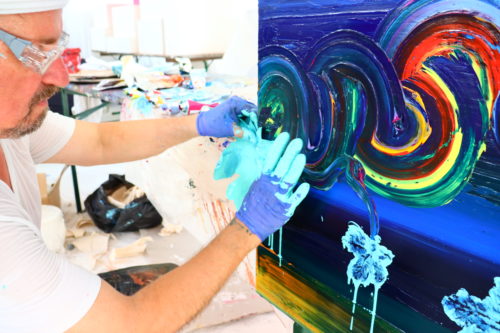 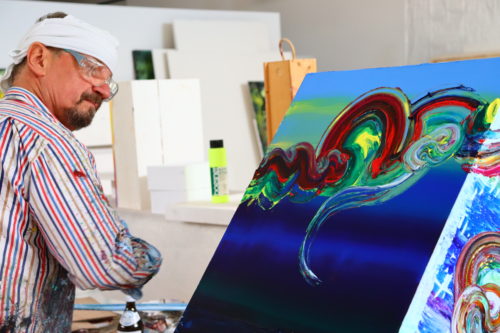 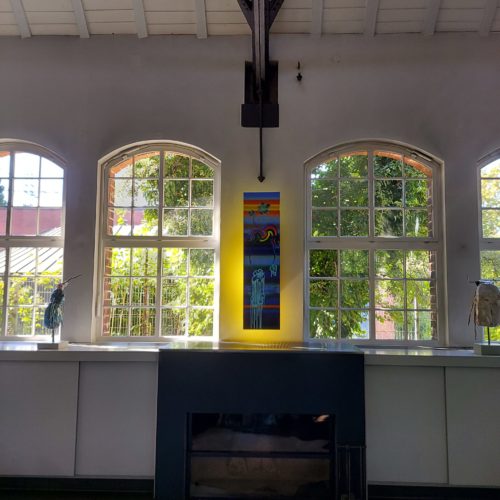 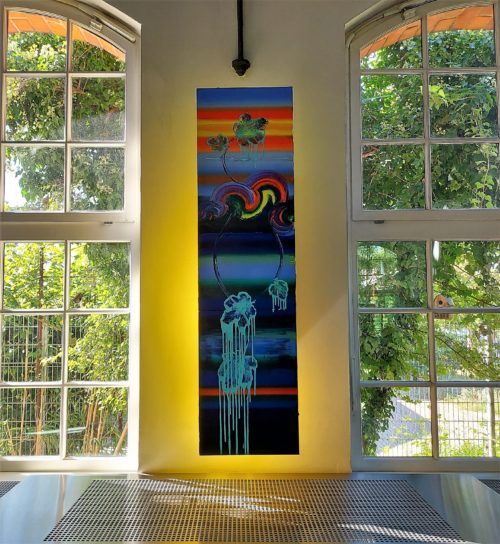 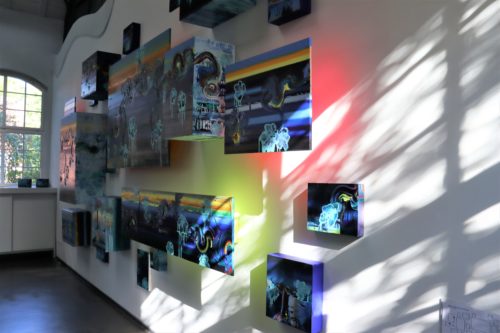 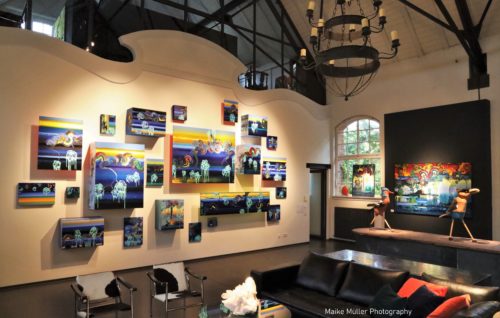 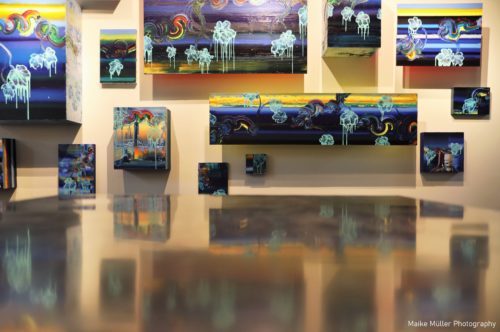