Dietmar Schuth and Dietmar Brixy have a lot in common, not only their first names and year of birth. The two have known each other for a long time and have also cooperated for many years. Their greatest commonality, however, is without doubt that they have both dedicated their lives to art. So it is no surprise that Dietmar Brixy decided to make a monetary donation of 1500 euros to the Museum Blau, which his friend runs and founded in Schwetzingen. "Commitment is very important to me," the artist explains. "For example, I have already donated to the Diakonissen Hospital in Mannheim. But there are limits somewhere and that's why I like to orientate myself in the region."

Although his art takes him to other parts of the world, the artist still lives and works in his native city of Mannheim. Schwetzingen is of course only a stone's throw away. A few years ago, the Schwetzingen Art Association organised an exhibition entitled "Animal Art" in the Orangery of the castle. A Brixy painting was also part of it. "Actually, he only marginally fitted in there with his abstract style," amuses Schuth. "But the hippo painting that we then exhibited was more realistic. It's unusual for him, but it fit very well into the exhibition." And here we find another bridge: for the hippo in question now hangs in the Museum Blau. The two friends are somewhat at odds about exactly how it all went down, "but then we are already over 60," says Brixy with a laugh. 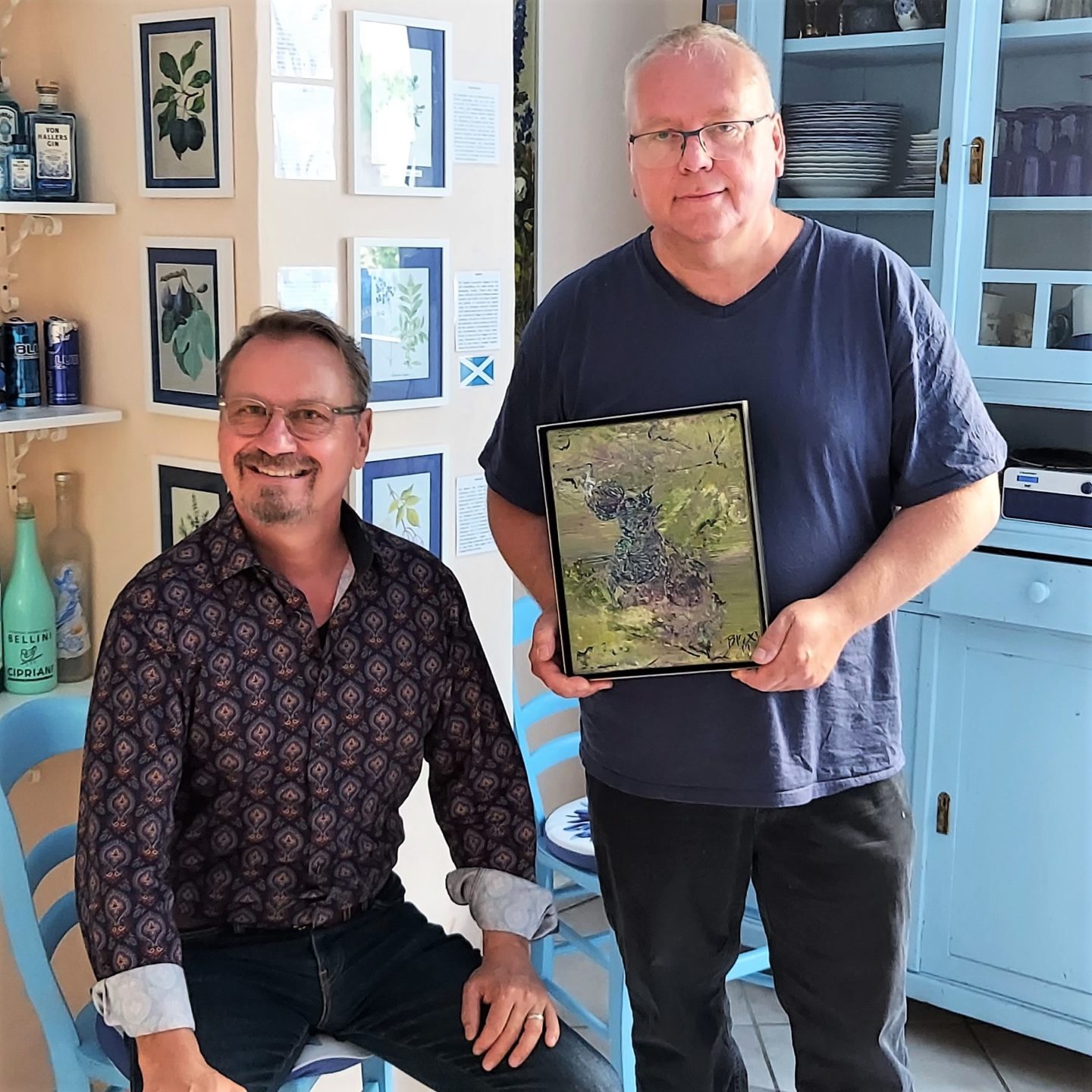 His donation now serves a concrete purpose at the museum: extending the opening hours. Until now, the Museum Blau could open its doors to the public on Saturdays, Sundays and public holidays from 2 to 6 pm. From now on, it will go four hours earlier on Sundays. "I hire pupils and students, especially here from Schwetzingen, as temporary help and I want to be able to pay them," explains Schuth. Thanks to the donation, this is now possible for the time being, but of course sponsors are always being sought. Then further extensions would be possible. Because extended opening hours, especially on Sundays, offer families with children in particular the opportunity to visit the Museum Blau. "The museum is definitely child-friendly and there are amusements where children can have fun and learn something at the same time," explains the museum founder. It is all the better that the relaxed Corona rules now allow guided tours in the museum again. Although the space in the rooms is limited, Dietmar Schuth is nevertheless always in the process of rearranging the exhibition. Dietmar Brixy and his husband David Richardson also agree that a single visit is hardly enough to take in everything.

In general, the two are personally very fond of the museum, which is always apparent when they are on site. Richardson repeatedly points out parts of the art on display, especially pieces that Schuth himself created. "We like Dietmar's commitment. It's tangible and not just theory. You have to appreciate that and that's why we like to advertise it," Brixy adds. The fact that a monetary donation is welcome right now is of course also related to the pandemic. "We had losses due to Corona, that has to be said clearly. Culture was not treated particularly well during this time and that certainly annoyed us all," criticises Dietmar Schuth.

He doesn't necessarily mean the city: "Schwetzingen has a lot of culture that is done through associations. But the city has helped the freelancers, I think that's very decent."

Figs for the kitchen

On the occasion of his visit to the museum, Brixy also brought his namesake two paintings, one of which he can choose for the Museum Blau. The choice fell on a fig motif, which from now on will be exhibited in the kitchen room of the museum, which is all about blue food. Previously, Brixy had left plants: "It doesn't always have to be something big." If it is possible, the collaboration should continue, they agree.