Dietmar Brixy blooms in many gardens

Ten years ago a very special flower saw the light of day.

The flower is a special cultivar of the genus "Iris", which the artist chose himself ten years ago as a birthday present. The flower reflects his own colour world in the most amazing way. It is as colourful and vivid as his paintings themselves.

In his art, Brixy challenges the viewer to look closely. He opens the view to details and thus creates the fascination of discovery. In art, it is often the small inconspicuous elements that make the difference. In nature it is no different. The impressive big whole is created by a complicated interplay of colours and shapes. In the same way, art and nature influence each other, intertwine and let their complex magic work on us. In this way they manage to delight us again and again with their fascinating details.

Art and nature influence each other

The fact that nature is a constant source of inspiration for Brixy is obvious even at a fleeting glance at his pictures. Blossoms, leaves and organic structures sometimes adorn the scene in gentle ornamentation, sometimes they dominate a section of the picture. Nature is omnipresent in his art and finds its way into his opulent world of colours and forms in manifold abstractions.

This is why Brixy has created such a world around him - in his own lovingly designed garden at the Altes Pumpwerk in Mannheim-Neckarau. The gardening work is almost as important to him as the art itself. In harmony with himself, nature and his art, he always finds new inspiration and creativity for his powerful works.

»I want the viewer to feel the effect that the garden right on my doorstep has on me. I want the viewer to recognize the presence of great things in little things. That my art seeks to capture the wonders of nature by looking, for example, at a single blossom.«

This enthusiasm can be felt not only when looking at his paintings, but also in every sentence he says about nature and his garden. This deep connection with the plant world and the simultaneous reverence for it also inspired Brixy's partner David Richardson to make a very special gift: a special iris strain called Dietmar Brixy.

A gift was the trigger for the breeding

It was a very special gift for the artist's 50th birthday, he claimes, the most beautiful one he had ever received. Together with his partner he went to France to visit the iris breeder Cayeux. Since the 19th century, the name has been synonymous with several generations of traditional breeding and has repeatedly produced award-winning novelties.

When Dietmar Brixy and David Richardson arrived, the time had come once again. A total of seven new iris species were waiting to find a name giver. And Brixy had the great honour of choosing one of the flowers, which from now on will be known as "Dietmar Brixy". They went out into the field with the filigree plants and inspected the magnificent iris flowers. A difficult decision awaited the artist, which flower was it to be? Suddenly the eye fell on a very special specimen - white cathedral leaves towered high, enthroned above a bed of violet hanging leaves with bronze-coloured lines. The colouring was so virtuos that one immediately thought of a picture composition by Brixy - the choice was made.

Since then, the "Dietmar Brixy"-Iris has been decorating not only his own garden, but also numerous gardens of grateful customers. For several years now, Brixy has been giving away rhizomes of his iris to plant fans who enthusiastically raise them in their gardens. So it happens that every year numerous photos reach the artist showing flowering "Dietmar Brixy" irises.

This year again, countless pictures have arrived. Especially in such difficult times of social distance and initial restrictions Brixy is happy about every single flower. The irises have been planted in the past years and now in bloom they give people a smile. Brixy is thrilled by so much feedback that he regularly receives and that he was able to make people happy with such a small yet valuable gift!

Here you can see a selection of various photo impressions of the flowering "Dietmar Brixy" irises from recent years, submitted by numerous plant fans. 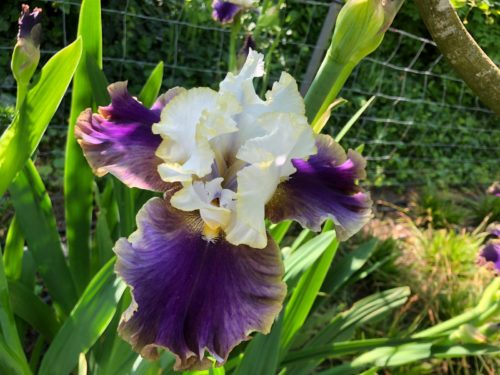 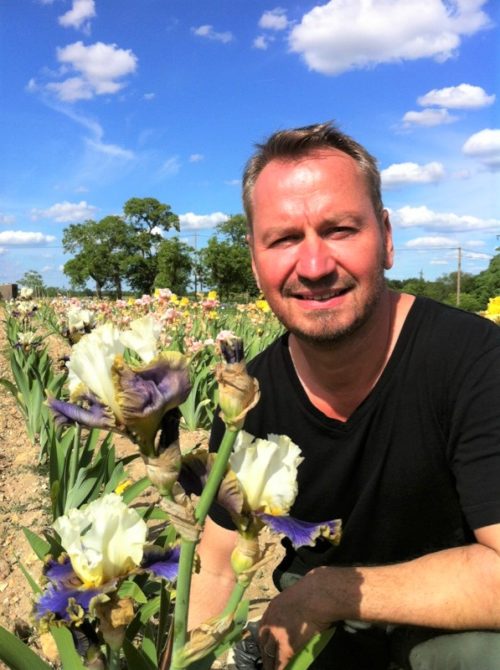 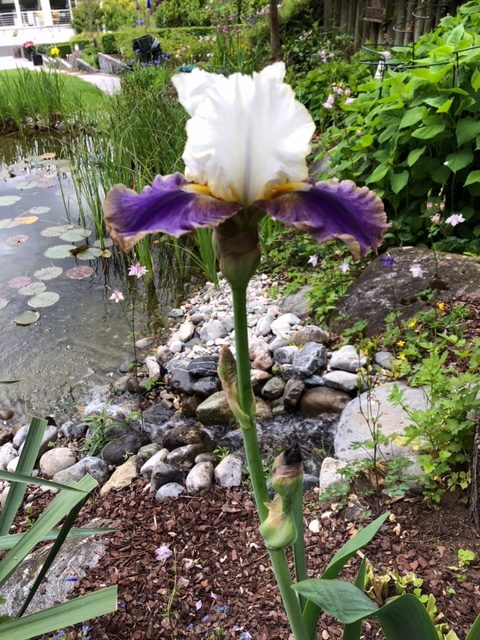 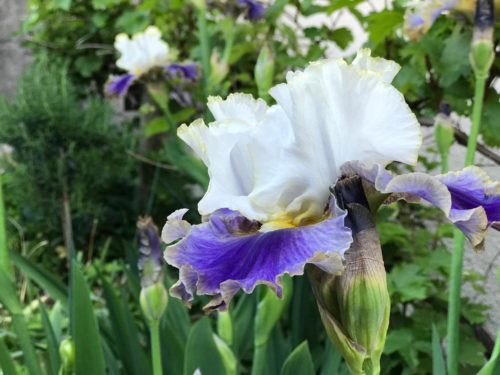 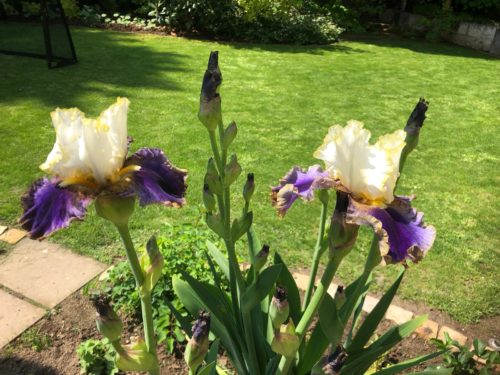 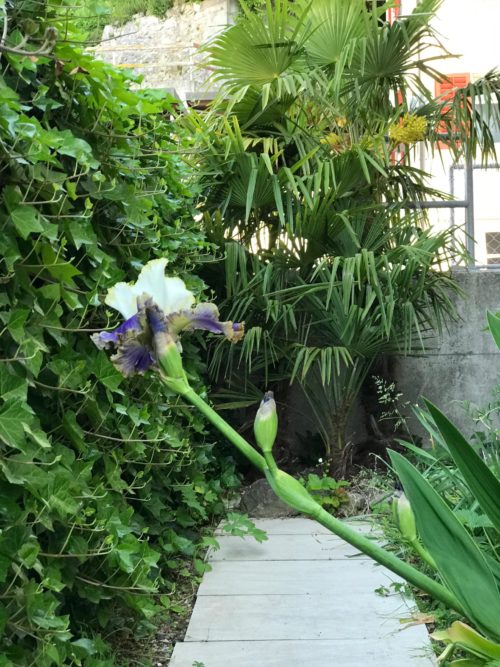 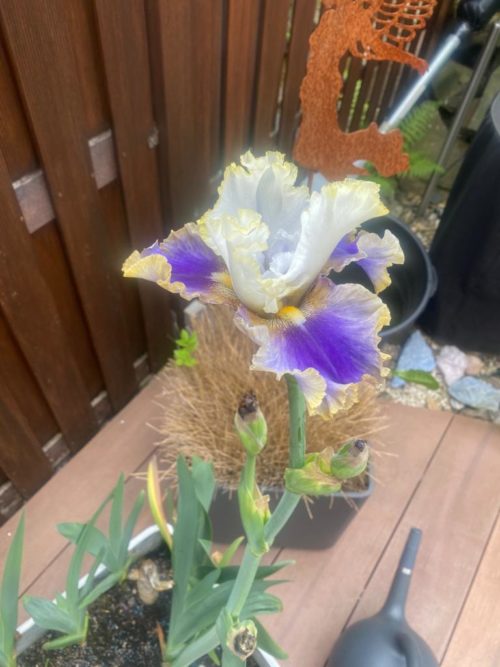 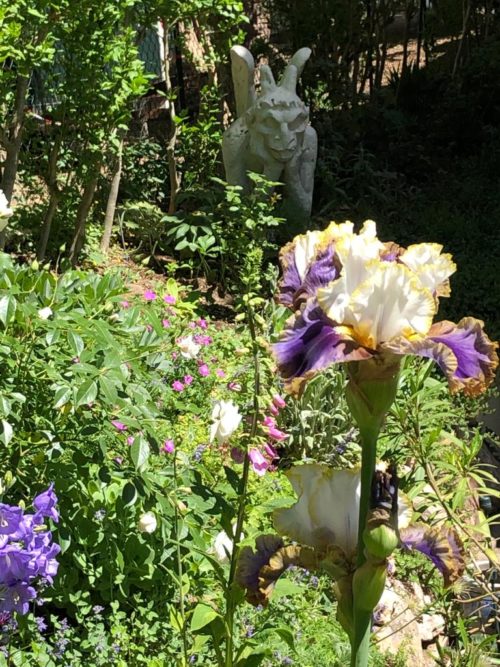 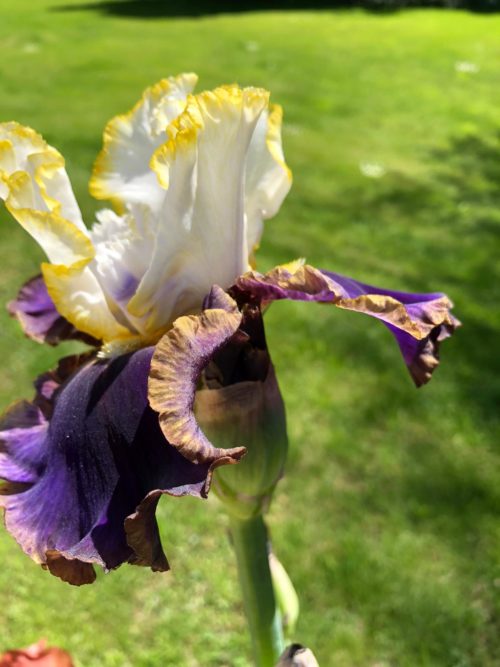 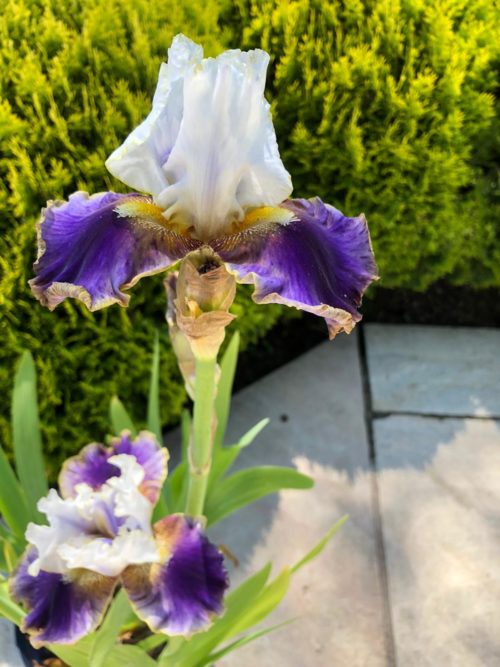 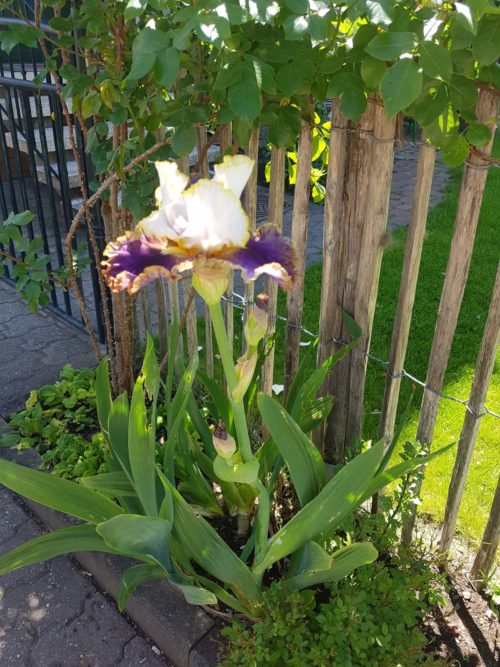 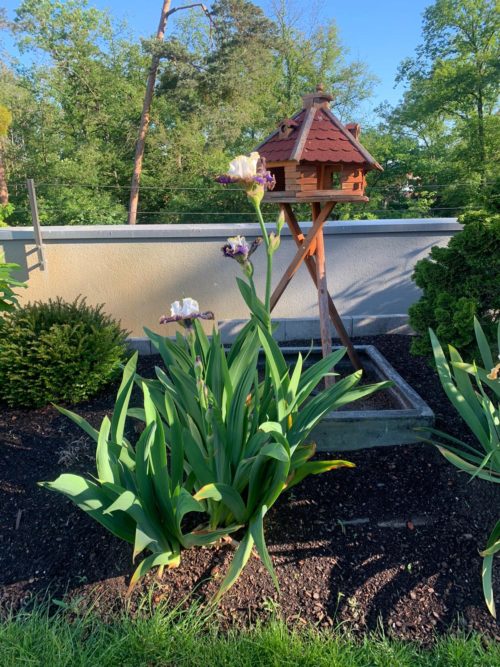 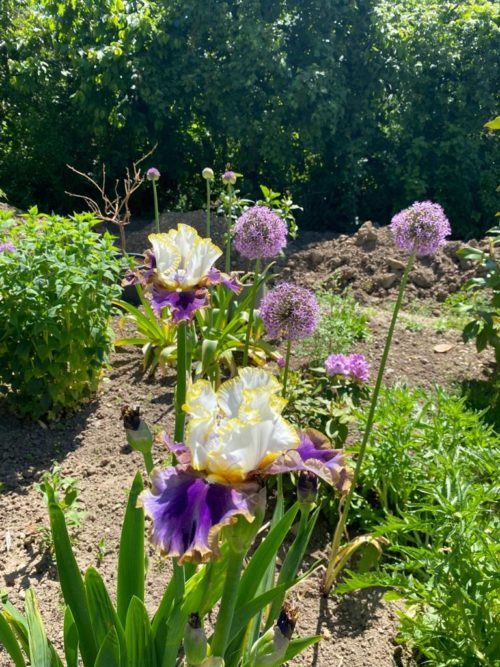 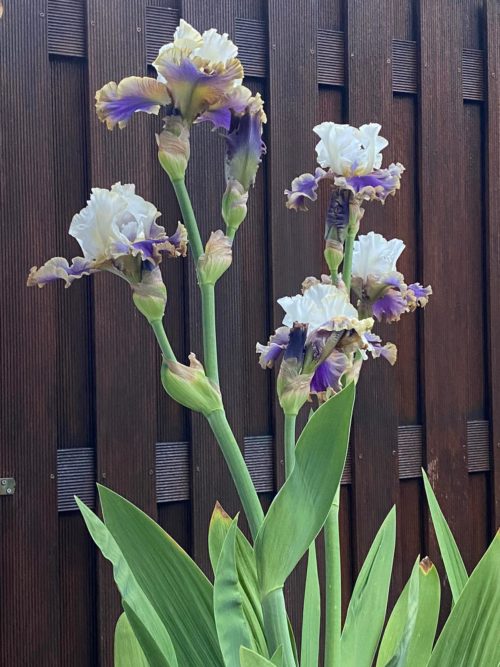 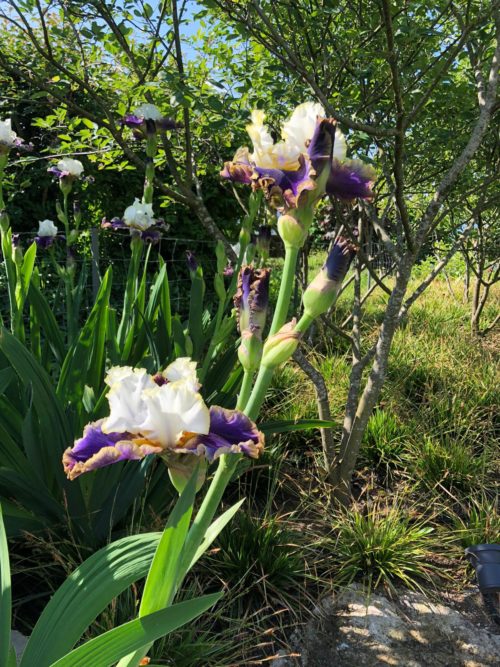 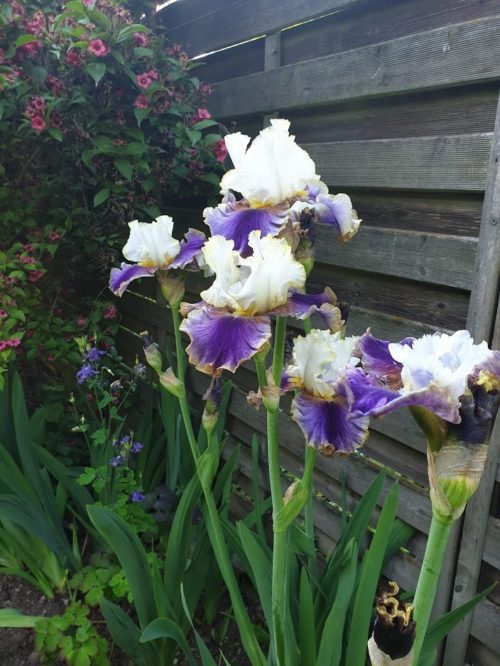 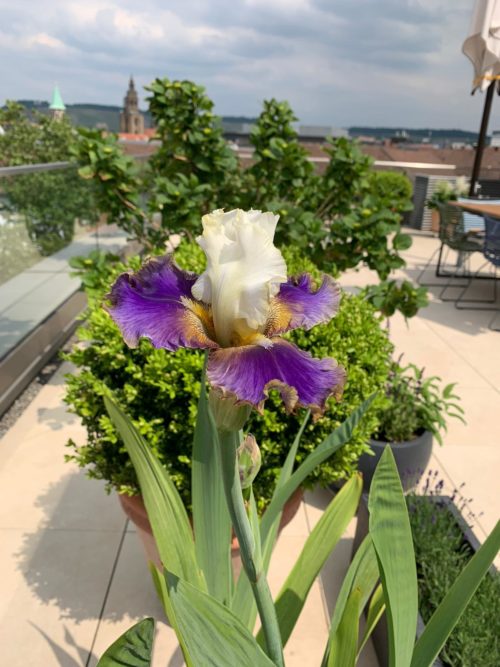 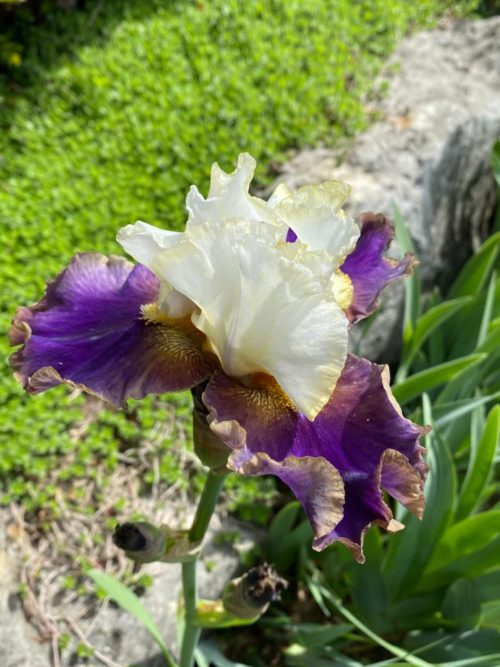 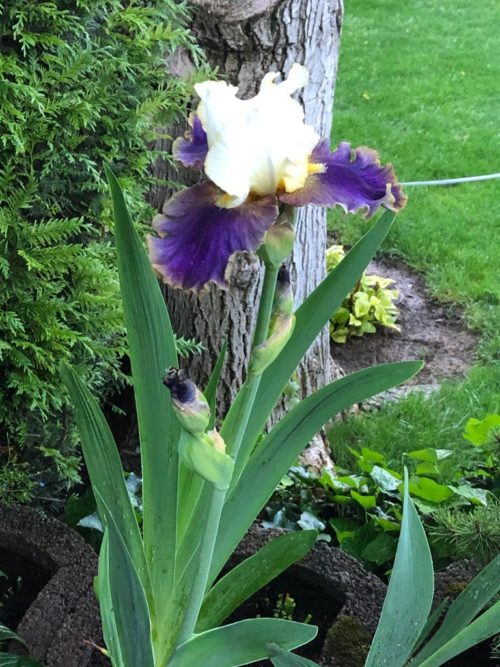 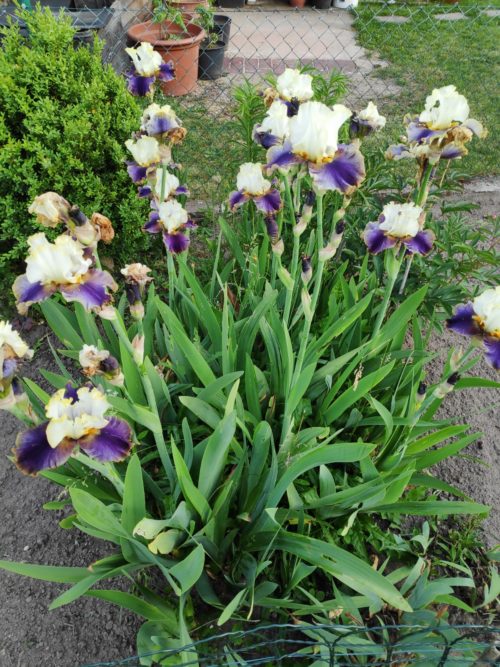 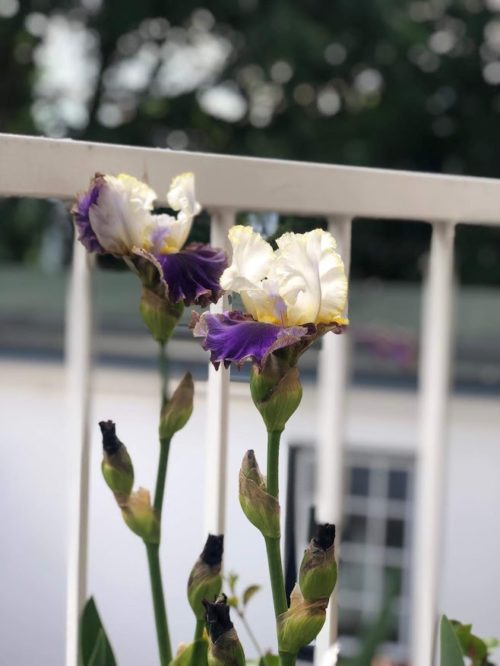 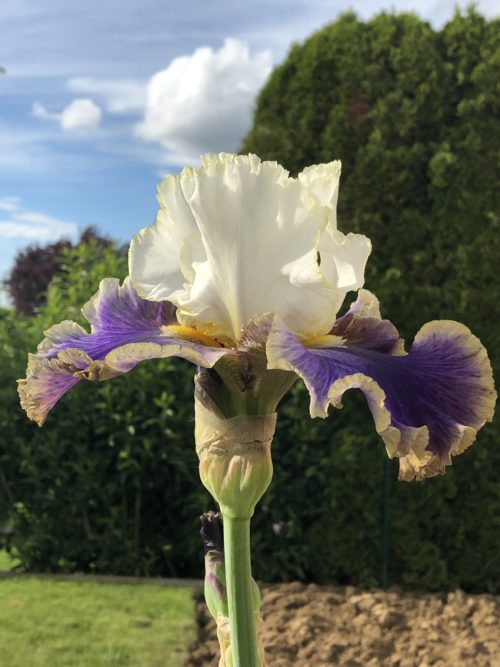 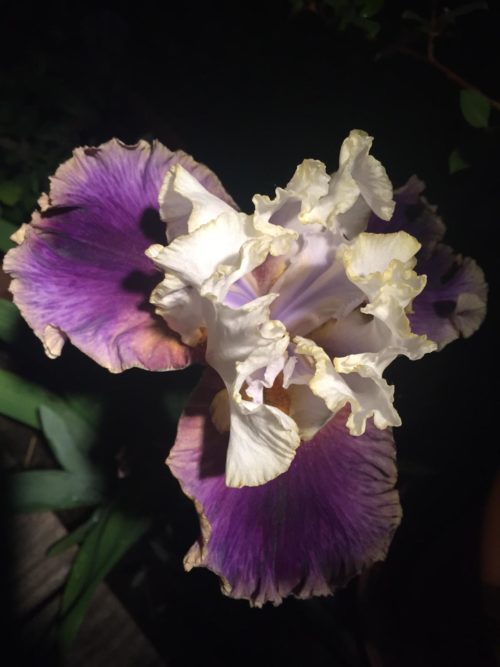