THE GESAMTKUNSTWERK AND THE POWER STATION

THE GESAMTKUNSTWERK AND THE POWER STATION

„Total art asks the question: ‘WHAT IS THE POINT OF IT ALL?’ and answers: Its goal is to make culture possible…”…“ Bazon Brock

Individuals act as artists when an exemplary communication of creation and work that exacts attention grows out of the unity of their thought, desire, and ability. The audience appreciates the artist, who functions as the governor of his or her own yearning. Brixy is a prototype of joyful desire in the transgressive energy fi eld of life and art: an independent painter in an enclosed Garden of Eden under the towering chimneys of the large power station on the Rhine in Mannheim. The place, the oeuvre, and the person determine one another. An all-encompassing interrelation develops out of this contextual fabric, which brings artistic production and aesthetic experience into close proximity, whereby contemplation and exaltation enter a relationship of direct exchange on both sides.

Born in 1961 to a humble Mannheim family, Brixy developed immense creative powers of compensation from the anachronistic desire for a mythical place surrounded by the tangible beauty of nature, which he created in accordance with his mental image. Through autonomous action, he went on to carve out a successful artist’s biography over the course of the last two decades. Ten years after studying at Karlsruhe’s art academy, Brixy realized a childhood dream of the future in close proximity to his origins. In 2001, he acquired the old pumping station of Neckerau, which had been robbed of its original function. Over the course of two years he care fully transformed the imposing neo-Gothic industrial monument into an originary space for art and life, and designed an enchanting garden landscape as a constant source of inspiration and of balance. Surrounded by camellias, bamboo, and magnolias, the large-format painting expressions in vibrant colors that have become Brixy’s trademark have been created in the machine hall of the pumping station, which remains largely unchanged. 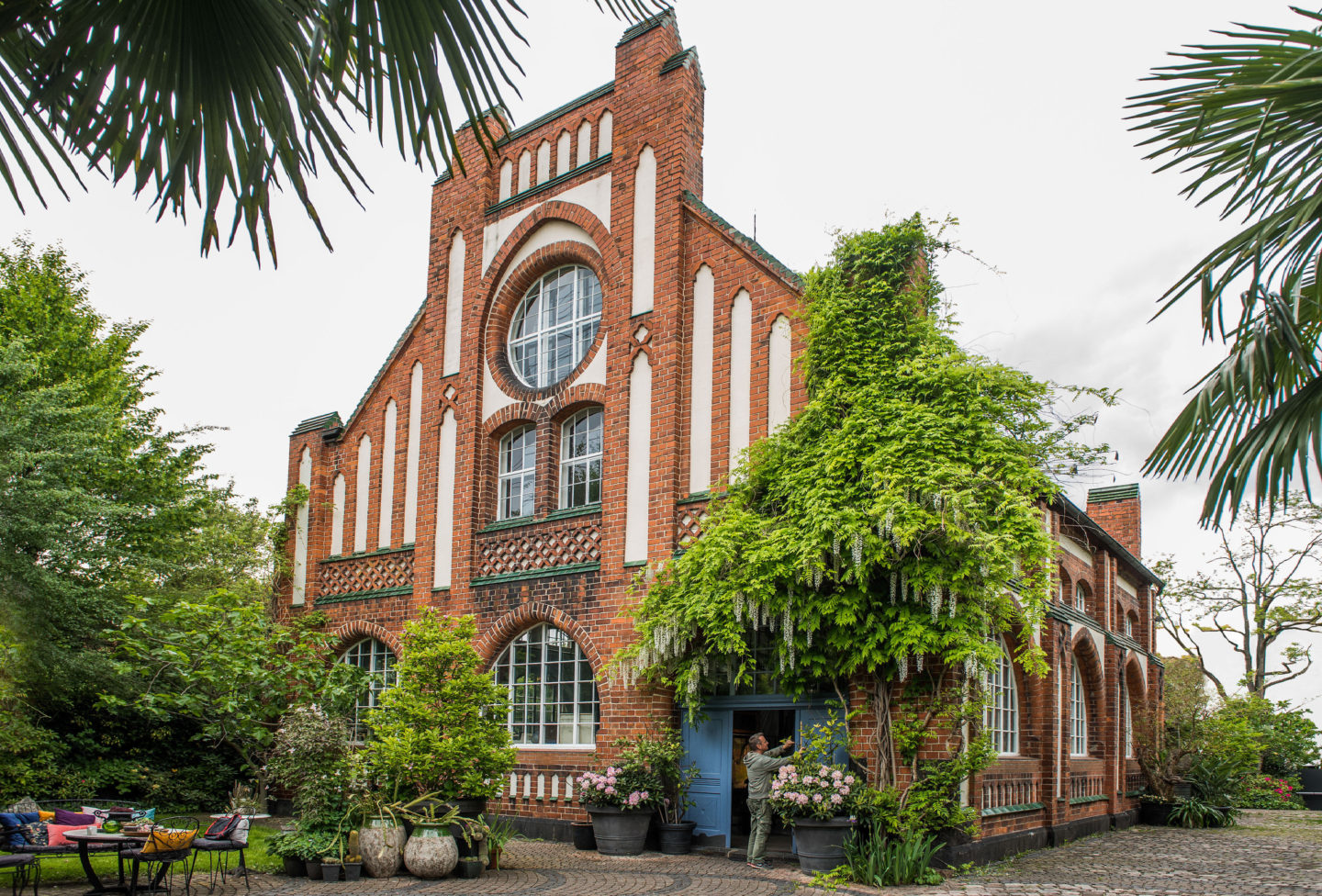 This isle of the blessed, shielded from everyday life and yet porous for the world, is both the starting point and the end point of an impressively powerful creation of the self, and a space in which a self-confi dent claim to recognition can resonate. It is to this place that the artist returns time and again from his working trips to exotic lands. And it is to this place that he regularly invites an ever-changing audience to see exhibitions of his paintings, which inevitably assume the character of an installation in the industrial historical ambience. This, in turn, is what actually brings the event-like nature of the painting to the fore. The place determines the painting. The painting animates the place. Pathos and energy characterize both. The inimitable transformative achievement of causing one to grow out of the other and of keeping both up in the air, however, is effected by the artist. No wastewater churns its way through the perfectly formed subterranean canals of the pumping station now. Instead, an all-engulfi ng maelstrom of swirling masses of color and fragments of form is dis charged upon the surfaces of larger-than-life canvases.

In this respect, Brixy’s painting can be considered to be specifi c to the place. By providing exemplary representations of scenarios of the transgression of boundaries – of time and space, of nature and culture, of place and painting – it is an expression of a gesamtkunstwerk conception despite its mono-medial character. Brixy’s concept of the penetration of life and painting is governed by an obsession with the realization of a painting of the whole, and a personal embodiment of the whole. The painter’s life provides a model for holistic experience, characterized by a stimulating sensualism whose disquietude is transferred to the audience. The paintings, which were created in a controlled frenzy of action, aim to achieve an activation of all sensory capabilities to perceive aesthetic experiences, and defi ne the aesthetic experience itself as a continuing performative act brought about by the indissoluble tension between the represented and the representation, between the viewer and the work of art. 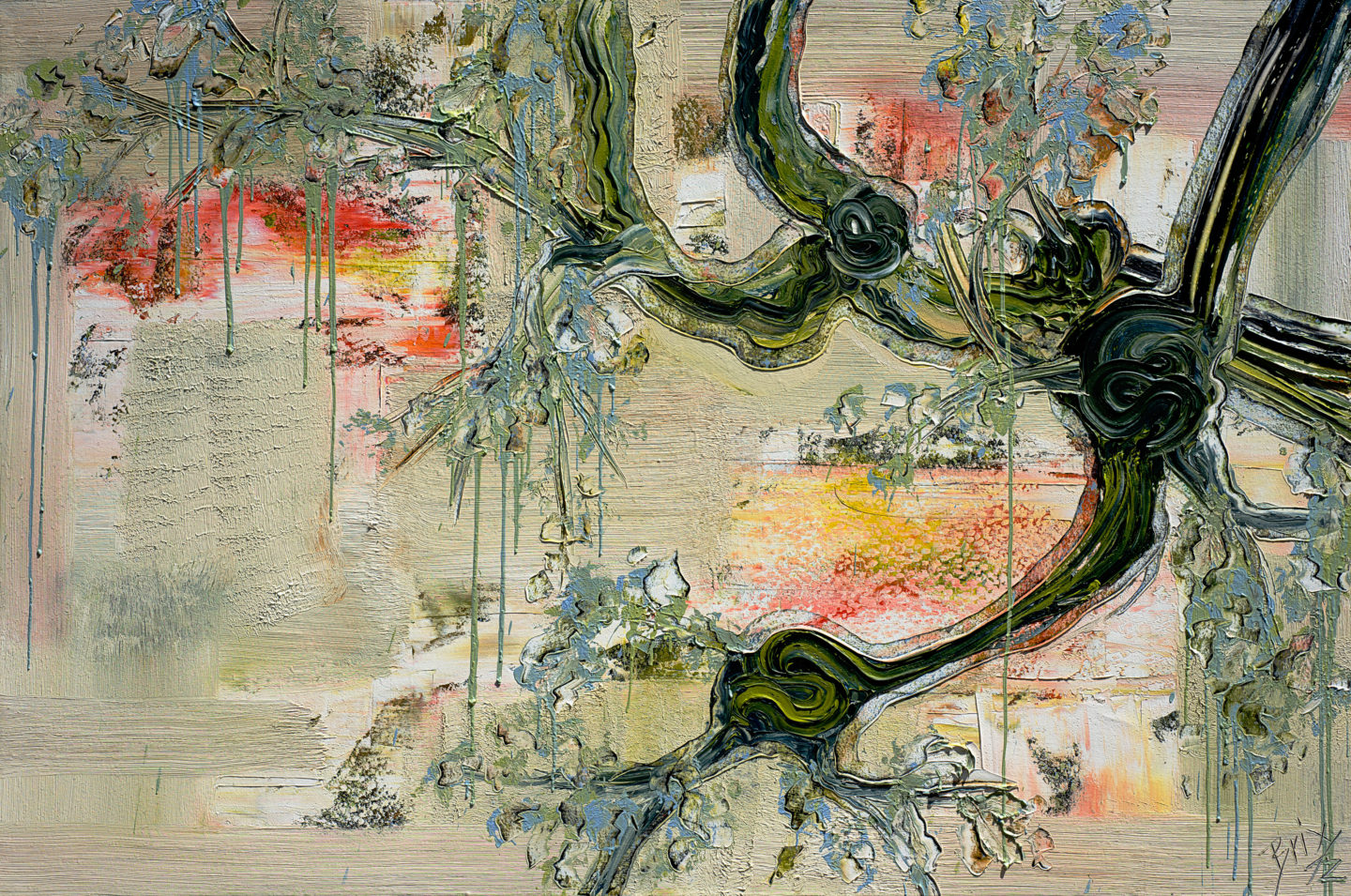 Brixy works in the tradition of artist-entrepreneurs, who always also understood themselves as creators of worlds in keeping with a metaphorical analogy to the God of Creation, which has existed since the Renaissance: the mover and defi ner of the self. As a painter, Brixy is the lord of the aesthetic manor. He has mastered the apparatuses and the historical codes of the medium. This makes it possible for him to live the bearable lightness of being as an artist. His paintings prove to be windows not on the world, but on other paintings and the paintings of others. They develop meta-orders of the observation of painting and of the history of painting. Like microscopes, they show selected details up close or at a distance; they combine fragments, painting methods, and materials, and they observe physical principles and mechanical effects. Brixy piles layer after layer of paint matter one on top of the other, partially exposes them again, wipes and scratches, works with paintbrushes, scrapers and hands, presses fi g leaves and palm fronds into the pastose masses, and leaves physical traces using combs, squeegees, and fingers. 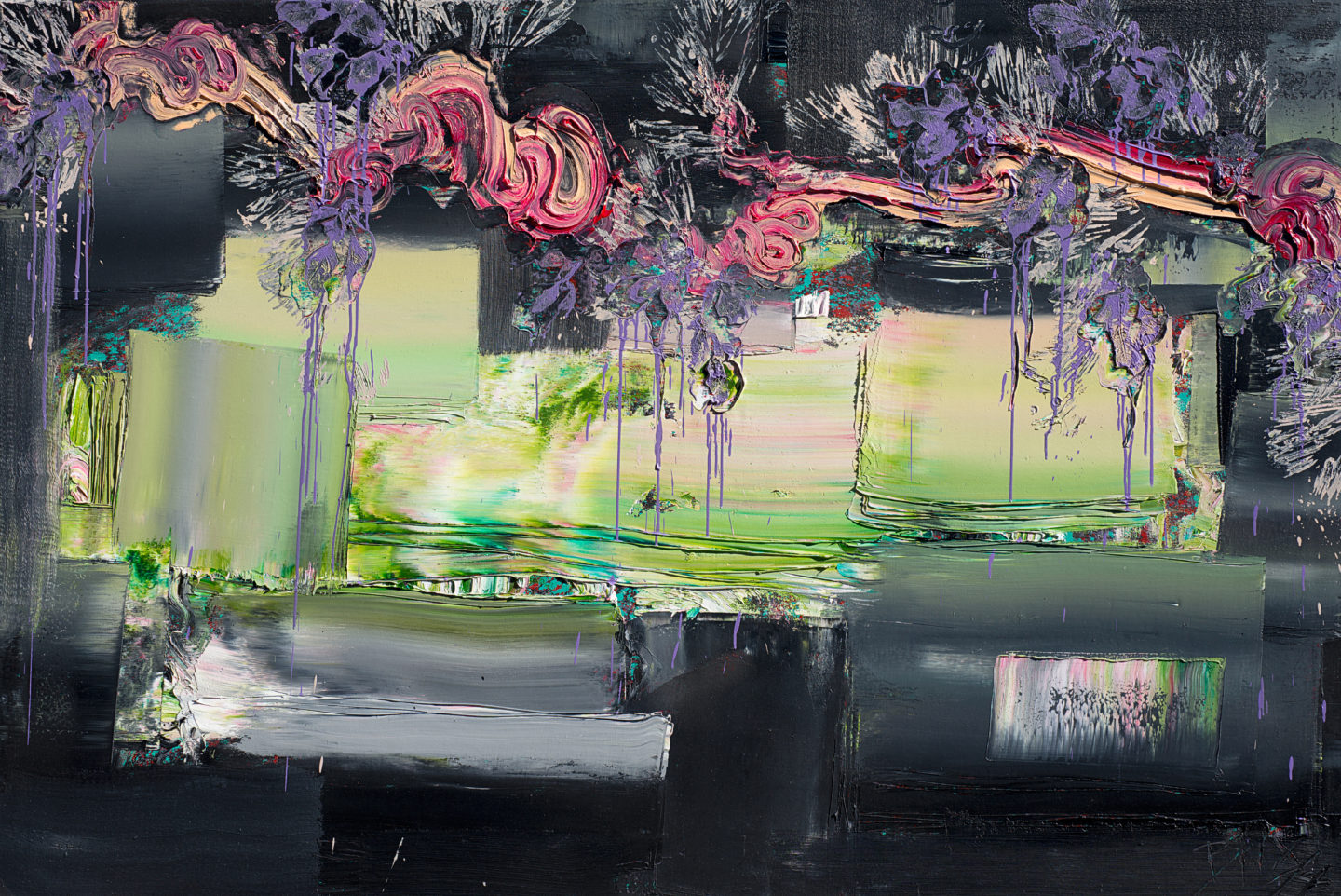 This painting is premised upon the mobile gaze, which is fragmented and fi ltered, which reproduces and condenses, which varies its focus, occupies always-new perspectives, and multiplies itself in “metastasizing reproduction” (Christian Janecke). This results in paintings that are like movable windows with variable depths of fi eld and a multiplicity of references to the simultaneity of that which is not simultaneous and to the parallel nature of handwritings and painterly conditionings. In this way, the painter surmounts the opposition of the abstract and the fi gurative, and enters a new fi eld of narration that is not allegorical but formal. Brixy delivers his examples of the dissemination of the visual in the present from a studioparadise that directly borders the fi ve active blocks of a large-scale energy supplier that works on the basis of stone coal. This is a powerful symbol for the fact that, with his painting of observation of the second order, he operates at the very heart of the energy fi eld of the gesamtkunstwerk and the cultural production of society. 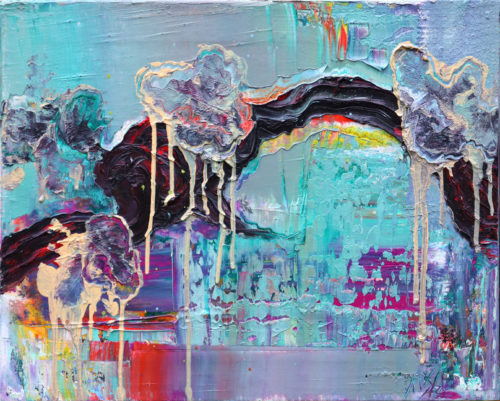 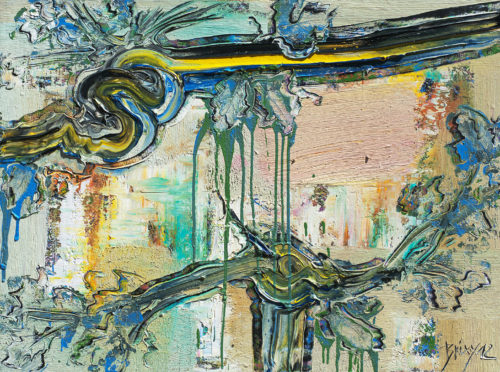 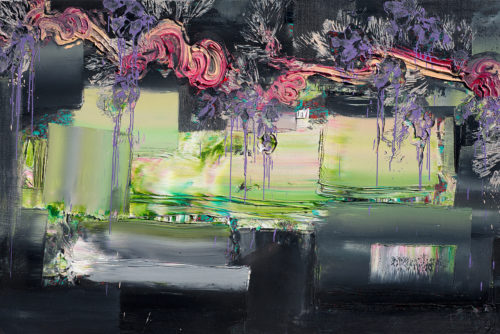 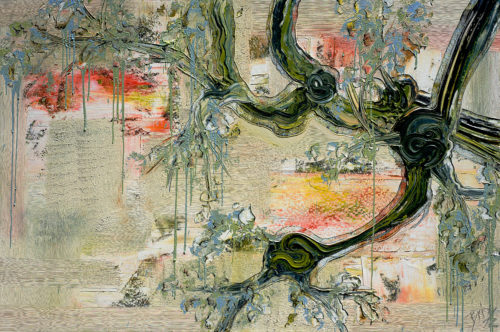 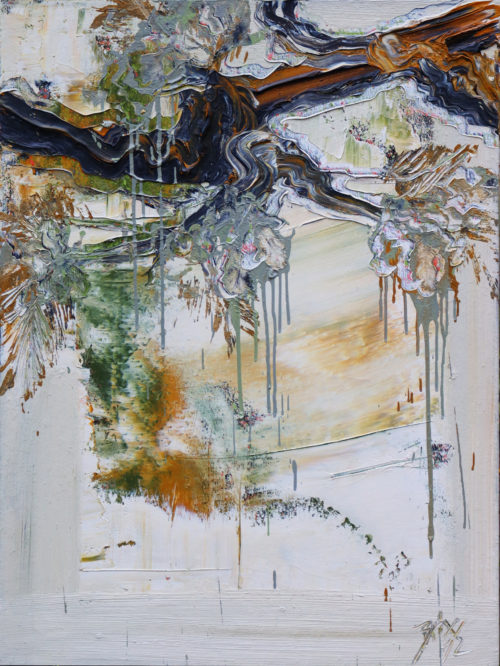